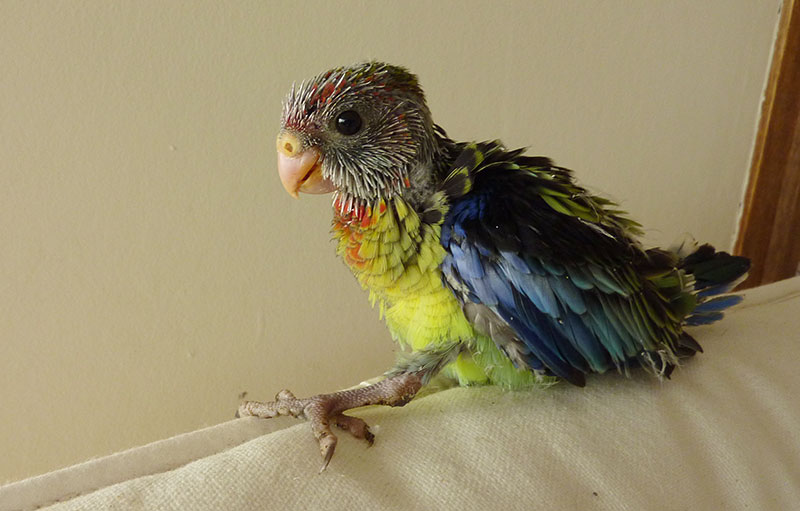 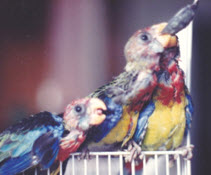 These week-old chicks were found in a brick wall during home renovations. The parents had chewed through some electrical wiring near the nest and so it had to be removed. Relocating the birds was not successful so I had the pleasure of hand-rearing them.

As nestlings they were fed with a slurry of Insectivore Mixture but as soon as they started perching they also pecked at some apple and grass seed. 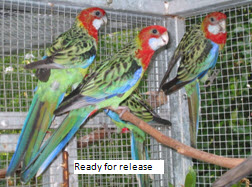 At 5 weeks of age they wanted to fly and fly so were put into an aviary and given lots of seeding grasses and bottlebrush.

The big day arrived. They were all banded. The aviary door was left open and one of the young ones flew out and was met on the wing by an awaiting wild rosella. The others quickly followed. They flew around the trees, then disappeared.