We flew out in late July for what was to be a shorter trip to Europe than the four or so months we have enjoyed over the last ten years. Our original intention was to sell the campervan this year, but even before we left for the trip we had decided that to sell the van would be like cutting off a limb – no more van, no more a travelling home in Europe. So, we still have it, stored in a farm in Dorset as usual. The plan for 2016 was to drive up to Scotland for the Edinburgh Festival, and after some touring in the Highlands, cross to Ireland for our first major tour of the Republic.

We drove up to the Scottish Highlands for a week, specifically to visit Skye. We have been there before, many years ago, but not in the van. This was highly enjoyable, despite some gloomy weather, and then at the end of August we took the ferry across to Belfast, in Northern Ireland.

We didn’t spend very long in Northern Ireland because of our previous visit, and were soon in the Republic of Ireland. We find the turbulent history of the island hugely interesting, and came across its consequences – particularly in relation to the terrible famines and the resulting Irish diaspora – all the time as we wandered down the west coast and its many inlets and peninsulas. Much of the scenery is bleak and dramatic rather than “pretty”, and the weather was for the most part terrible.

A complete 50-page diary/blog of our 2016 touring in England, Scotland and Ireland, with many more pictures and descriptions of visits including the Edinburgh Festival, can be viewed by clicking the links below.

Our approximate routes in Scotland and Ireland 2016 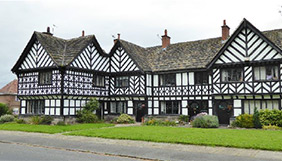 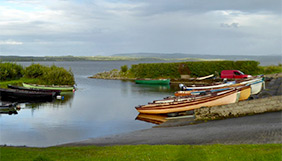 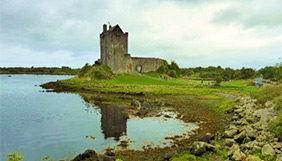