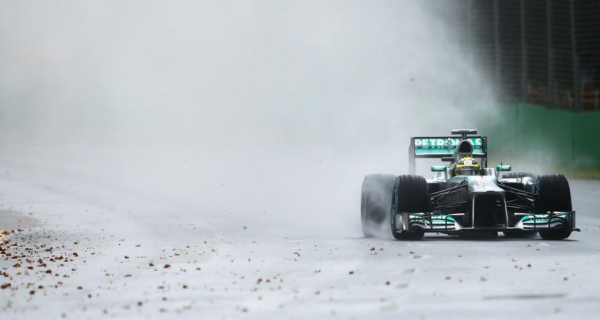 Unlike me, most people watching a Grand Prix are not aware of the birds sharing the environment.

Practice for this week’s Australian Grand Prix in Melbourne was run in conditions only suitable for ducks.

Seagulls are attracted by the puddles on the track before the official qualifying session of the Australian Formula One Grand Prix at Albert Park in Melbourne, Australia, Saturday, March 16, 2013. Qualifying for the Formula One season opener in Australia will be completed Sunday after a series of rain delays and darkness prevented the running of second and third sessions Saturday. (AP Photo/John Donegan)

In fact ducks were swimming and paddling on the grass verges of the race track, and seagulls huddled on the grass/water sheltering from the wind. I saw one duck have a very narrow escape when a car spun off right onto ‘his’ patch. The seagulls appeared to take no notice at all. 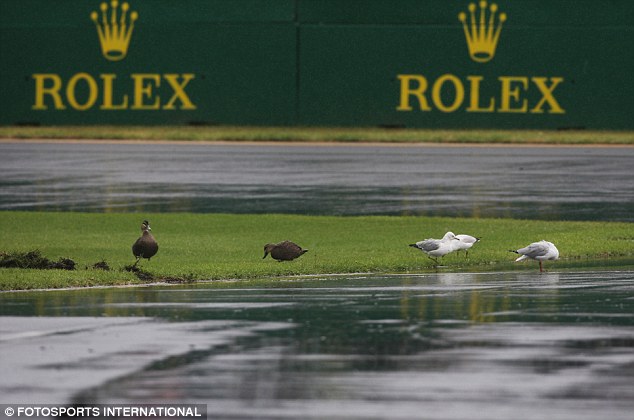 How can they sit unconcerned so close to this horrendous noise and kerfuffle? We wear ear protection. Why don’t they become deaf?

Actually they do but birds are unlike all other species in that they can regain their hearing after becoming deaf, see my earlier post on this condition.